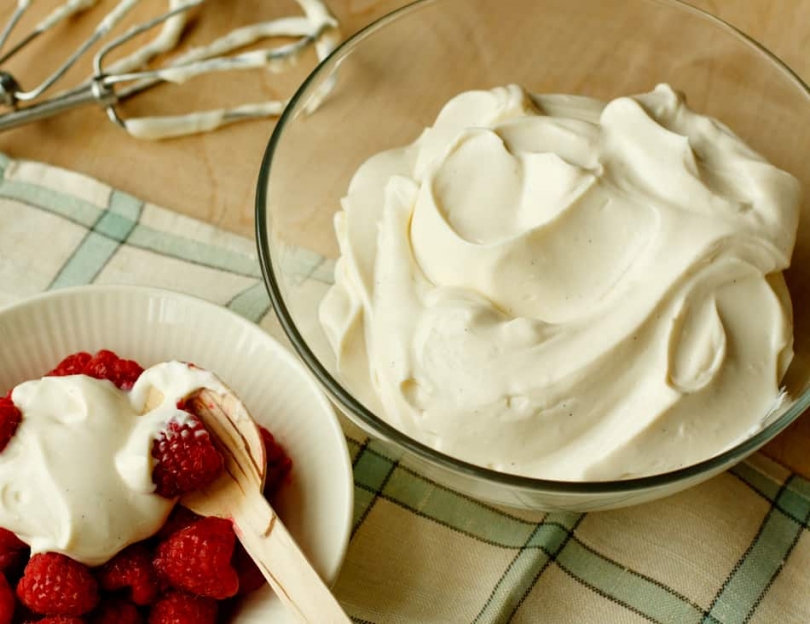 How to make whip cream

Take two bowls in which one bowl gets easily fitted in the second bowl.  Put 1 tray ice cubes in big bowl and palace the small bowl above the ice, pour heavy cream in it, whip the cream with the help of electronic mixture.  Firstly keep the speed at normal pace and slowly-slowly increase the pace.  After beating for a while,add sugar powder and vanilla essence to it and stir .  Beat the cream  until it becomes thick that on dropping it does not fall easily.

It takes about 8 to 12 mins to whip the cream.  After whipping the cream store it in a air tight container and whenever to want to use it, take it out from the fridge 10 mins before.  If the cream gets loosen up whip it again.

The cream doubles in quantity once  whipped.

While whipping cream for mango flavour use 1/2 cup sweet mango pulp instead of  vanilla essence and beat.  We can also add fruit color to darken the color of   cream.

In same way strawberry sauce,  can be prepared by mixing strawberry pulp or sapota(chikoo) pulp.  Various flavored creams can be whipped.

Don't whip the cream too much as after losing butter it doesn't taste that good.

Amul cream consist of  atleast 25% fat  and to whip the cream there should be about 30-36% of fat.  Often heavy cream can be brought from milk dairy in which the fact consistency is maximum and this cream is considered best for whipping.